The Fisherman and the Shoes 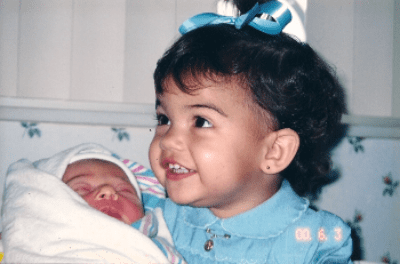 I want to share a human story. In this convulsed world of ours things happen that teach us that love and happiness have not disappeared and that we must never lose faith that wonderful and generous people will always be around.

Andrea, my first granddaughter, was born on September 24th 1998. Four months before she was born an echogram revealed a shorter right leg. The next month brought fear, tears, hope and lots of prayers.

Two months before her birth I wrote a letter to Pope John Paul II’s secretary, Fr. Stanislaw Dziwisz, asking for the Pope’s prayers. He answered immediately telling me that the Pope was praying for the little girl and her courageous parents.

At 2:00 am, with four grandparents and her father in attendance, on September 24th 1998 Andrea Maria Rivero-Toledo was born at Lucille Packard Hospital, Stanford University in Stanford, California. Her right leg was shorter. She had a short femur, bowed tibia, absence of the fibula and small toe. Everything else was completely normal. A long and narrow road lay ahead of Andrea, all the family and scores of wonderful people. My first phone call was to my dear friend and colleague Federico Fernandez-Palazzi a pediatric orthopedic surgeon in our native Venezuela who assured me that there was a surgical solution to her defect. 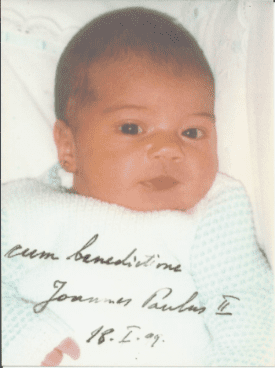 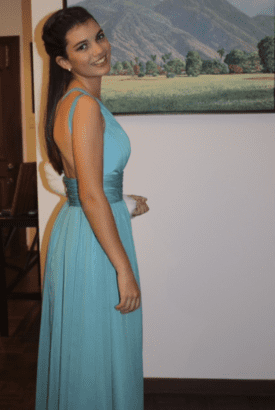 My friends have always said that no one like me to “work the phones” and this proved to be true when I found the man that would change Andrea’s life and that of the whole family. Dr. Dror Paley saw Andrea for the first time in Baltimore in September 1999 and scheduled her first surgery for March 2000. That same week of September we met in New York with Daniela Navarro Eggleston, who had been born 21 years earlier with the same problem and had undergone countless surgeries and complications. Her invaluable advice “Don’t spoil her, treat like a normal child.” That was the best advice we could ever receive.

Since March 2000 Andrea has been operated on 17 times, all by Dr. Dror Paley, to whom Andrea and family are indebted for life. Today both her legs have the same length. She has been a courageous and exemplary patient loved by her doctors, nurses and rehabilitation team. She underwent what should be her last lengthening surgery last July and is doing beautifully. She practices many sports, is an honor student, has a great personality and tons of friends. Of her good looks, you be the judge.

A couple of years ago Andrea, then 14 years old, went with her maternal grandmother to NORDSTROM in Boca Raton, FL and while grandma shopped, a pair of shoes caught Andrea’s eyes. Grandma decided to buy them and told the sales lady that she needed two pairs because her grandchild’s left foot was larger than her right. No, replied the sales lady “It is our policy to give you the right size for each foot. We will sell one pair that will fit both feet. You don’t have to buy two pairs.” For years buying shoes was a big problem, we had been buying two pairs each time and afterwards the sole of the right foot had to be modified. It was difficult to find a shoe repair store that would do a good job.

It was the first time we bought her shoes in an upscale store like NORDSTROM.

Last September for her 16th birthday they returned to NORDSTROM and bought several pairs.

Again she did not have to buy two pairs of each model. Never in our wildest dream did we ever imagine that shoes and a store, an upscale store like NORDSTROM would play such an important role in Andrea’s long road to a normal life. 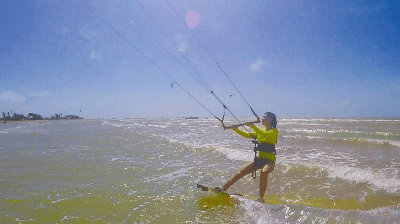 Andrea wind surfing after finishing all her surgeries!

It has been a long road but it has built Andrea’s character. We have a very large family and all of us have been enriched by her strength and example.

Andrea is starting her junior year in high school and she wants to go to college and major in biomedical engineering, a career very much related to her birth defect.