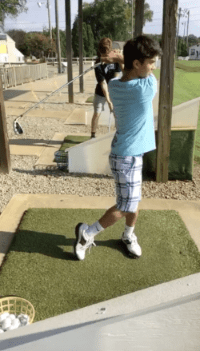 Our son Dylan, who is now 15, was first diagnosed with MHE at age 5. We noticed a large bump on his knee that was not going away but getting bigger in size. Since that time we have seen 4 different pediatric orthopedic surgeons in the greater Richmond area who provided the same response….not much we can do. During that time my son had fallen off of his growth chart so we were also following up with a Pediatric Endocrinologist. Over the last 2 years my son stopped growing and his knees and ankles were more pronounced, with growing inward “knock knees”. At age 15, Dylan’s Endocrinologist referred us to the fourth Pediatric Orthopedic Surgeon as another opinion, who acknowledged the knock knees but did not offer any treatment different from what we were given in the past. Not happy with that response, Dylan’s Endocrinologist (with whom we have amazing respect for) researched the web, found the MHE Foundation and reached out to Sarah Ziegler who put us in touch with Dr. Robbins and the MHE Center at the Paley Institute. That was the moment that changed our lives and provided hope for our son that we did not have over the past 10 years.

Less than a month after contacting Sarah and Dr. Robbins and sending x-rays of Dylan’s legs, we found ourselves taking a road trip to the Paley Institute over spring break, March 2016. The communication between Sarah, Dr. Robbins and our family in between that timeframe was outstanding. We felt very comfortable traveling such a distance to have a surgeon with whom we never met in person take over treatment and care of our son. Even though there was a waiting room filled with patients waiting to see Dr. Robbins, he took his time with Dylan, making him and us feel very comfortable. From the initial office visit through the entire hospital stay the professionalism, compassion and outstanding care Dylan received was top rate!!! Dylan had extensive surgery to remove multiple bone cysts that were causing secondary problems. He had a couple of plates and screws strategically placed to help correct his knock knees and ankles as he continues to grow. During the entire surgical procedure, Sarah kept checking in on us and updating us on how Dylan was doing. Dylan ended up with multiple stitches and 5 drains but we were amazed at how fast he recovered. He was back at school within a week of having surgery and only missed two days of school.

We believe we found Dr. Robbins and the MHE Foundation just in time, as Dylan is nearing the ending of his growth phase. Had Dylan ended his growth phase, the only course of treatment would have been to break and reset his bones in order to fix his knock knees and ankles (much more extensive and painful). He also would have not have grown much more than where he was when we saw Dr. Robbins. Since having the surgery, three months later, Dylan has grown and his knees are straight. With the help of physical therapy he had to re-learn how stand in a locked knee position, something he had not been able to do for quite a few years. He still has a ways to go with this ankles and Dr. Robbins is keeping an eye on the bone cysts in his hips, (something that was never diagnosed or that we were aware of until we saw Dr. Robbins). Today, Dylan is doing great! He is running, jumping, shooting hoops and playing golf. He actually believes his shooting and golf swing has improved since having the surgery.

We are spreading the word about the MHE Foundation, Dr. Robbins, Sarah Ziegler and the great work that is done at The Paley Institute. Our hope is that no child should be told, like we were by multiple physicians over the last 10 years, that there is nothing that can be done for MHE kids. We are so fortunate that we found this place when we did. Having hope is an amazing feeling and we now have hope for Dylan. These words cannot express our most sincere gratitude and thankfulness. We truly feel blessed.