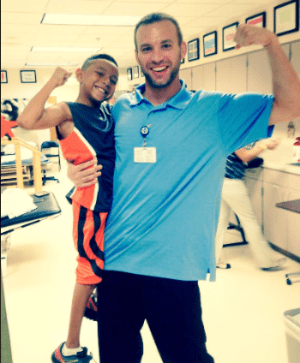 On a heavenly October 11, 2005, we were expecting our first-born baby boy with all the joy that new parents experience. His father talking away about how his son would play basketball professionally and I was filled with hope of witnessing all of my baby’s firsts! I spent months readying his room, toys, and getting our lives ready for our new baby boy.

While the nurses and staff prepped me for delivery, I clearly recall my heart pounding ridiculously as if it couldn’t contain the happiness and thrill that soon awaited. My life would change forever and my baby boy would fill my life with much more purpose than I’d ever conceived. Soon I was delivering my little trooper, and in my drowsy state my ex-husband brings him toward my face; however, I catch a phrase that would alter my happy state. The doctor says, “There is something wrong with his legs. We need an orthopedic in here immediately.” These were the last words I heard before I passed out; these words that still haunt me today.

Four hours later, I wake up to my son beside me and I hold him. It is then that I realize that my son has some sort of deformity on his legs. I look at my husband trying to find some comfort in his eyes, but both of us are tormented with the possibilities. I simply know that I need this child in my arms to walk, to run, to laugh, to stretch, and become a man. That is ultimately the dream of every mother to raise a healthy child and set him into this world. However, answers and possibilities were coming our way whether we liked them or not. An orthopedic doctor from Laredo would deliver the worst sentence that will forever echo in my head and debilitate my soul, “I’m sorry, but your son will never be able to walk.”

For the next year, I searched everywhere in Texas for hope. I visited doctors from McAllen, San Antonio, Corpus Christi, and Houston for a possible diagnosis that would give us a glimpse of possibility. Each and every one of the doctors, I visited provided us with the wrong diagnosis and some even went as far as referring to my son’s legs as “frog legs.” All the while, my son received physical therapy with the aim to straighten his legs; however, the therapies were useless and no results were ever visible. All these doctors and therapists threw out vague medical terminologies or incorrect diagnoses.

Finally, in 2006, there appeared a glimpse of hope. A doctor diagnosed my son with arthrogryposis and immediately set my son up for surgery to correct his clubbed feet. The day of the first surgery was October 11, 2006 and yes, that was my son’s birthday. The second surgical procedure was a month later on November 10, 2006. Then in 2007, the doctor performed two other surgeries on my son to attempt to fully extend the knee. After these surgeries, we thought we were done with surgeries, but my son would have to wear prosthetic braces for the rest of his life. Raised a Christian, my son had faith that “God could make him walk because God made miracles.” My son’s hope made me decide to leave everything behind and “find a way” to make him walk. We moved to San Antonio on September 2011 with ample faith that God would deliver us to the right doctor.

One person who contributed much to our understanding of arthrogryposis and the real possibilities out there was my son’s San Antonio therapist. I was deeply driven by my son’s unconditional faith in God, and through this I researched extensively. I finally came across a renowned doctor, considered an expert in his field and he took my son’s case. After diagnosis, I continued to be disappointed with his findings and this brought us into a verbal feud. During this argument my son sat on the patient bed listening to this doctor say “You have done enough as a mother, your son will not walk like you want him to walk, he will need a walker or braces to be able to walk. You need to accept it and join an organization with other mothers going through your experience with arthrogryposis.” As he tried to walk out I stopped him and said “No, I refuse to give up. I know doctors know doctors and you can recommend a doctor. I don’t care what country I have to travel to. Just give me the name of a doctor.”

He gave me Dr. Paley’s name. Despite his words, I walked away from that office feeling empowered by a sense of possibility. I immediately overnighted X-rays to the Paley Institute. Dr. Paley himself personally responded to me by email. He said what many others had failed to say. He was positive he could fix my son’s legs and make him walk. That was the HOPE my son knew God would send us. The possibility of a miracle by a miracle worker: Dr. Paley. 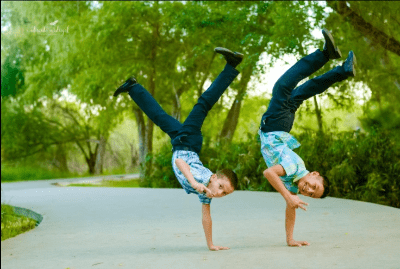 Reyli with his brother after treatment at the Paley Institute

November 2012, we met with Dr. Paley and his staff and we were awed with their professionalism and positive attitude. That day changed us forever. Dr. Paley looked at us and gave us a guarantee that my son would walk without any prosthetic assistance. I was shocked and filled with gratitude, my ex-husband was stunned, and my inquisitive little warrior spoke up:

“Wait, wait, so what you are saying is that I will be able to walk with no walker or braces?”

At that moment, my son asks that his younger sibling to run back and forth in the exam room and then he asks “Will I be able to run like that?”

And that made the room go quiet and we all got teary eyed. Dr. Paley, in his choked up voice, said “Let’s get you to walk first, and then I’ll get you to run.” This would be the beginning of a true journey. A journey where my son was valued and seen by doctors and medical staff as more than just a bag of bones. He was considered a child of God, a warrior unwilling to give up, and a child of his own making who faces every struggle with a smile. 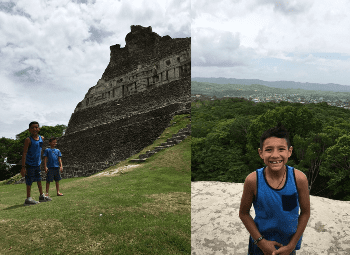 Reyli and his brother climb to the top of the Xunantunich Mayan Ruins, the second tallest building in Belize!

Today Reyli is walking and running and Dr. Paley continues his journey in perfecting his walk. Reyli has had a total of 12 surgeries and will continue to stay positive and faithful for all his upcoming surgeries. Our warrior has accomplished so much at such a young age with the help of the extraordinary doctors at the Paley Institute.